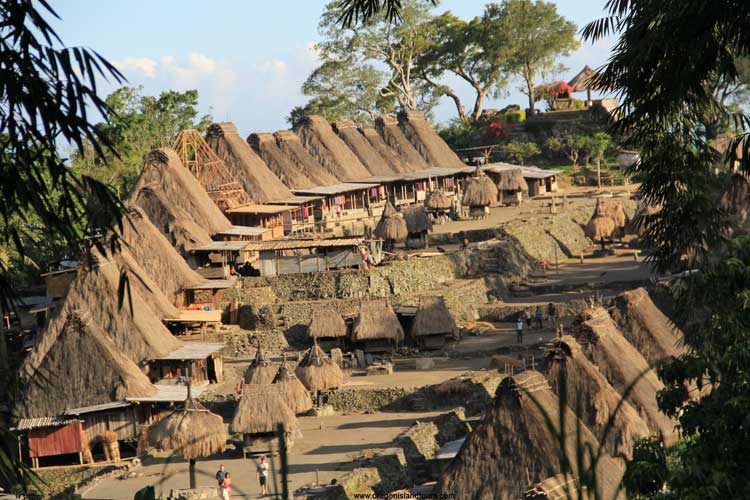 Introduction to Flores
Welcome to Flores Island in Indonesia, an exotic place unknown to most of the world and visited by few. In the past, this remote island and its neighboring smaller islands have been challenging to get to, but now flights are visiting various parts of this area daily. What is waiting? Flores and the surrounds offers one-of-a-kind wildlife, such as the famous Komodo Dragons and still untouched waters offering diving, such as for Mantra Rays and other assorted sea-life.

Please take a look at the tour packages that we can provide for you at Dragon Island Adventures. You will find that Flores and the surrounding islands will provide an a travel opportunity not experienced elsewhere as it still sees many practices and way of life that have not changed for decades. Go diving into still pristine waters, sit on a beach or soak in hot-springs, trek up volcanoes and peer down into strangely colorful craters, visit traditional villages still practicing their old way of life, and stand in front of one of the largest lizards in the world, the Komodo Dragon. Come on over…you will never forget this still undiscovered country!

History
Flores owes its name to the Portuguese, who called the eastern most part of the island Cape Cabo Das Flores, meaning Cape of Flowers. The island diverse cultures have enough similarities to suggest that they developed from common ancestry, separated by geographical isolation and varying influence of outsiders. Long before Europeans arrived in the 16 century, much of coastal Flores was firmly in the hands of the Makasarnese and Bugis from southern Celebes ( Sulawesi ).

As early as 1512, Flores was sighted by the Portuguese navigator Antonio de Abreu and Europeans had probably landed by 1550. The Portuguese involved in the lucrative Sandalwood trade with Timor, built fortresses on Pulau Solor (Solor island ) in the eastern part of Flores Island and at Pulau Ende (Ende island ) along the south coast of central Flores. In 1561 Dominican Priests established a mission on Pulau Solor. Christianity was a successful import and today the Catholic church is the centerpiece of almost every village. In the 17 century, the Dutch kicked the Portuguese out of Flores while Ternate and Gowa (a part of Molluceas island) ceded all their rights on Solor, Flores and eastern Sumbawa to the Dutch. Giving the Dutch nominal control, it was too complex and isolated to rule effectively. Around 1850 the Dutch purchased Portugals remaining enclaves in the area, including Larantuka, Sikka and Paga. Even into the first decade of the 20th century, the Dutch were constantly confronted with rebellions and inter-tribal wars. Unrest continued until a major military campaign in 1907 subdued most of the tribes of central and western Flores. Missionaries moved into the isolated western hills in the 1920’s.
Flores is holding its breath for provincial statues. This will be a huge development for the island, as it is currently under the jurisdiction of Kupang and the Nusa Tenggara Timor ( NTT ) government and has only limited control over its affairs.

Geography: Mount Inerie – Ngada – Flores
The island’s turbulent volcanic past has left a complicated relief of V-shaped valleys, knife edged ridges, and a collection of beautiful active and extinct volcanoes. One of the finest volcanoes is the caldera of Kelimutu in Central Flores, with its three colored lakes. There are 14 active volcanoes in Flores. Only Java and Sumatera have more. The central mountains slope gently to the volcanoes plunge steeply into the sea and many formed into classic cones alongside local traditional villages.

Flores is part of one of the world’s most geologically unstable zones with earthquakes and tremors ocurring every year. In December 1992 an earthquake measuring 6.8 on the Richter scale, and then massive tidal wave that followed it, killed around 3000 people in eastern Flores and Flattened much of Maumere. The rugged terrain makes road construction difficult, although Flores is only about 375 km long, its main east-west roads winds, twists, ascends and descends for nearly a fascinating 710 km.

Climate: Rice terraces in Flores
The rainy season (November to March) is more intense in western Flores, which receives the brunt of the north – Flores highest peak (The 2400m Gunung Ranaka ) and gets an average of 3350mm of rain every year, but Ende and Maumere have only 1140mm and Larantuka Recevest 770mm.

Population and People
Difficulties of communication have contributed to the diversity of Flores cultures. In the remote areas, some older people don’t speak a word of Bahasa Indonesia and they grew up in purely animist, pagan societies. Physically, the people at the western end of the island are more Malay, while the other in habitants of Flores are more Melanesians. The island 1.5 million people are divided into five main linguistic and cultural groups. From west to east these are the Manggarai (main town Ruteng), the Ngada (Bajawa), the closely related Ende and Lio peoples (Ende) the Sikkanese (Maumere) and the Lamaholot (Larantuka).

Religion
Around 85% of the people are Catholic but in rural areas particularly, Christianity is divided onto traditional beliefs. Pagan rituals are still important here for a variety of occasions, ranging from birth, marriage and death to the building of new houses or to mark important points in the agricultural cycle. Even educated, English speaking Florinese still admit to the odd chicken, pig or buffalo sacrifice to keep their ancestors happy when rice is planted or a new field opened up. In former times, it took more than animal blood to keep the Gods and spirits friendly, there are persistent tales of children or virgin girls being sacrificed. Muslims tend to congregate in the coastal towns such as Ende where they make up half the population.

Tourism
The most notable reason for coming to this area is the access to the famous Komodo Dragons off the smaller islands of western Flores along with excellent diving. These amazing lizards are not seen anywhere else in the world and experiencing one first-hand is truly exciting! If you also wish to get away and see what else Flores can offer, other tourist attractions in Flores include Mt. Kelimutu with three colored lakes, traditional villages (such as Bena and Luba), trekking up some of the majestic volcanoes and experiences the peaceful life of Flores.
There is also good snorkelling and diving on several locations along the north coast of Flores, most notably Maumere and Riung. However, due to the destructive practice of local fishermen using bombs to fish, and locals selling shells to tourists, the reefs are slowly being destroyed.
West Flores is also the best place for eco tours, trekking, hiking, and birds watching.